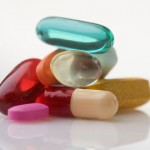 People have used medicines to attempt to cure their ailments for many thousands of years and in the modern world the medicine we use is more effective and readily available to people than ever before. There are many different types of medicine available, ranging from simple over the counter painkillers to expensive drugs designed to combat serious illnesses.

Scientific advancements and a greater understanding of human biology have enabled us to produce medicines that are highly effective compared to the remedies of yesteryear, many of which were produced without a true understanding of their effect and reason for using them.

There are also a number of preventative measures against disease available and many governments ensure that their entire population is inoculated against illness that were serious problems in days gone by. Thanks to these advances in medical science people are able to enjoy longer lives, free from disease. However, in some poorer countries where medical equipment is not so affordable diseases that are considered easily treatable in the Western world are serious killers. Thankfully there are many charities at work who aim to distribute the necessary medicines to people suffering illness in deprived areas of the world and many companies that produce pharmaceuticals are working towards keeping their costs down in order to make medicine more affordable for those who need it most.
However, although modern medicines are not always available to everyone who needs them advances in medical science have allowed a number of people to live their lives free of disease and illness.

Depression And How To Treat It