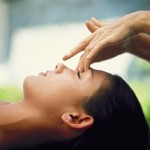 Holistic therapy is another term for alternative medicine and both refer to any healing practice which does not fall within the realms of conventional medicine. Holistic therapies may not have been proved to be consistently effective for all patients and often have a cultural or historical basis, rather than scientific. Treatments included under the umbrella term of holistic therapy include homeopathy, meditation, yoga, acupuncture, hypnotherapy, herbalism, yoga and traditional Chinese medicine.

Holistic therapies will often be used alongside conventional medical treatment as a complementary therapy to promote health and well-being and therefore aid recovery or healing from illness or injury. For example, meditation and yoga may be used alongside anti-depressant medication to help a patient’s recovery from depression, or acupuncture could be used in addition to physiotherapy to assist in the healing of muscle injury. A significant proportion of patients suffering from cancer are found to use some form of holistic therapy to complement their traditional treatment, believing that any improvement to a general feeling of well-being can have an effect on the body and mind’s ability to fight the disease.

Alternative or holistic therapies have foundations in diverse traditions, beliefs and folklore, causing some to disagree with the bulking of all alternative therapies under one heading. Controversial therapies include the use of tiger bones and parts of other endangered animals in Chinese medicine. The scientific medical community is widely divided on the legitimacy and validity of holistic therapies, while a vast proportion of the world’s population chooses to explore and use various holistic therapies that are believed to improve their health and quality of life.

Why Having Fun Is Good For Your Health