The ageing process is one of the only thins which is certain in all our lives, however, old age is also something which the majority of people dread. There are a number of illnesses and diseases, both physical and mental which are generic with old age and the one which strikes most fear into people is often dementia.

Dementia is the term used to describe the symptoms that occur when the brain is affected by specific diseases, there are many different 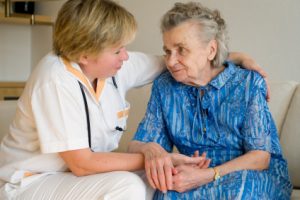 types of dementia. Symptoms of dementia include loss of memory, increased confusion and problems with speech and understanding.

Only 43% of people with dementia in the UK receive a diagnosis, but there is lots of help and advice available for those who think someone they know, or they themselves are suffering from dementia and may have some of the symptoms, it is nothing to be ashamed of and you should seek help and advice sooner rather than later.

Dementia and elderly care and going to be one of the biggest problems which the NHS and UK as a whole is going to have to deal with in coming years. Currently in the UK there are around 800,000 people living with dementia. All of these people will have specific needs and care issues which will have to be dealt with, and families and friends who will need help, support and advice.

By 2021, there will be over a million people in the UK suffering from dementia.

There are over 60,000 deaths each year in the UK which are directly attributable to dementia.

Its not just the health and emotional welfare issues that need to be thought about when looking at dementia care, there are also the financial implications of caring for these numbers of people. In 2012, the financial cost of dementia in the UK will be over £23 million.

Why Having Fun Is Good For Your Health